The analysis of satellite images from Sentinel-2 shows how green Europe’s capitals really are. The greenness was evaluated with the Normalized Difference Vegetation Index and allows comparison among the 43 analyzed capitals.

For some time now, we have been seeing a trend where many people move from the countryside towards the cities. Reasons for this trend might be better employment options, easier access to health care and schooling or cultural offers.

Question: Which capital in Europe offers the most green space for their inhabitants?

The cities advantages come often with a price tag: more stress, noise or pollution and far less access to green space. Outside of cities we are closer to protected areas, forests, fields and farms. However, big cities try to compensate that with more or less green parks and gardens. But how green are our cities, or how much vegetation surrounds us in the cities? This question will be answered in this blog post.


City vs. urban vs. metropolitan area 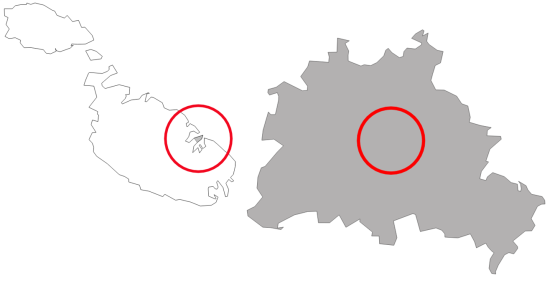 The truth is, city boundaries are difficult to define. Where does the city have its exact limits or boundaries? Borders become fuzzy when a city extends to a urban agglomeration, with neighbouring suburbs or commuter belts where finally everything merges into a larger metropolitan area. In the search for Europe’s greenest capital, all cities will be treated equally. The analysis is limited to a 5.000 meter radius buffer from every capital’s city-centre, a distance a person can walk in one hour.

How to measure and compare greenness?

Well, here is the short answer on how to measure and compare greenness in cities (I plan to write the long answer in another blog post - in part II). For now, the following steps have been performed to create a compareable dataset.

Every available Sentinel-2 satellite imagery was piled into a large image stack and filtered according to their aquisition day of the year (DOY’s between 166 & 258). For every pixel in the remaining images was a vegetation index (NDVI) value calculated (value range between -1 / 1).

The capital greenness is comparable by the median NDVI value.

Then, the five least cloudy NDVI images where aggregated into one median image (Fig. 3 - left). From all pixels within the single median image was a histogram calculated & one final median value derived (Fig. 3 - right). This procedure was automatically repeated for each European capital area (5.000 m buffer around its city-center) in the Google Earth Engine.

In order to sort the capitals greeness levels into the European landscape, the capitals are lined up according to their latitudes (Fig. 4) and longitudes (Fig. 1) (inspired by this blog post) as well as their population levels. The population numbers used here refer only to the official capital area, and do not include the wider metropolitan/urban district. 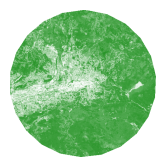 Sarajevo, the capital and largest city of Bosnia and Herzegovina, is the greenest capital of Europe. Nestled within the greater Sarajevo valley of Bosnia, it is surrounded by the Dinaric Alps and situated along the Miljacka River in the heart of Southeastern Europe and the Balkans. With a population of 380.000, Sarajevo is among the smaller capitals in Europe. 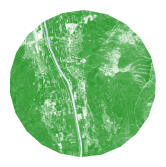 Vaduz is the capital of Liechtenstein and has the smallest population (5248) among all capitals in Europe. Although Vaduz is the best known town internationally in the principality, according to wikipedia it is not the largest; neighbouring Schaan has a larger population.

The greenest capitals in Europe are relatively small in population numbers. In fact the greenest six capitals (Sarajevo, Vaduz, Ljubljana, Andorra la Vella, Bern and Luxembourg) have less than 1⁄2 M inhabitants. What about the bigger cities? 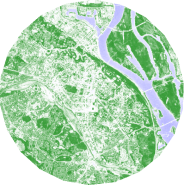 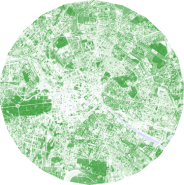 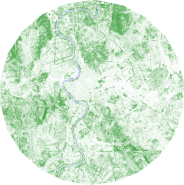 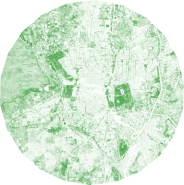 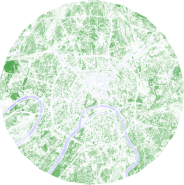 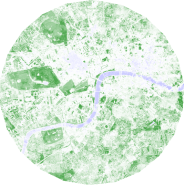 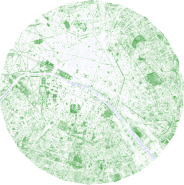 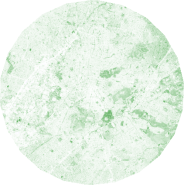 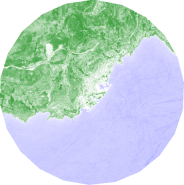 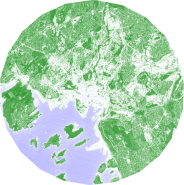 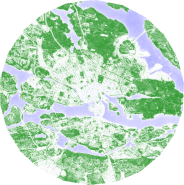 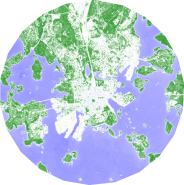 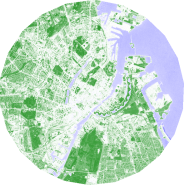 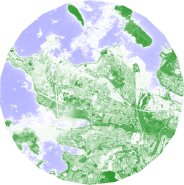 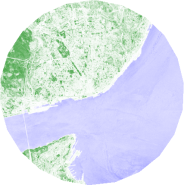 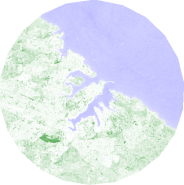 The last graph in this blog post shows you the entire NDVI histogram dataset for every capital. Cities near the ocean or sea have lots of negative NDVI values which correspond to water, e.g. Copenhagen, Monaco or Lisbon. NDVI values close to zero generally correspond to barren areas of rock or sand, e.g. Athens, Valetta. Positive NDVI values represent shrub and grassland (approximately 0.2 to 0.4), while high NDVI values indicate forests (values approaching 0.5), e.g. Sarajevo and Vaduz.

Only NDVI histogram values above 0 were included in the median calculation. 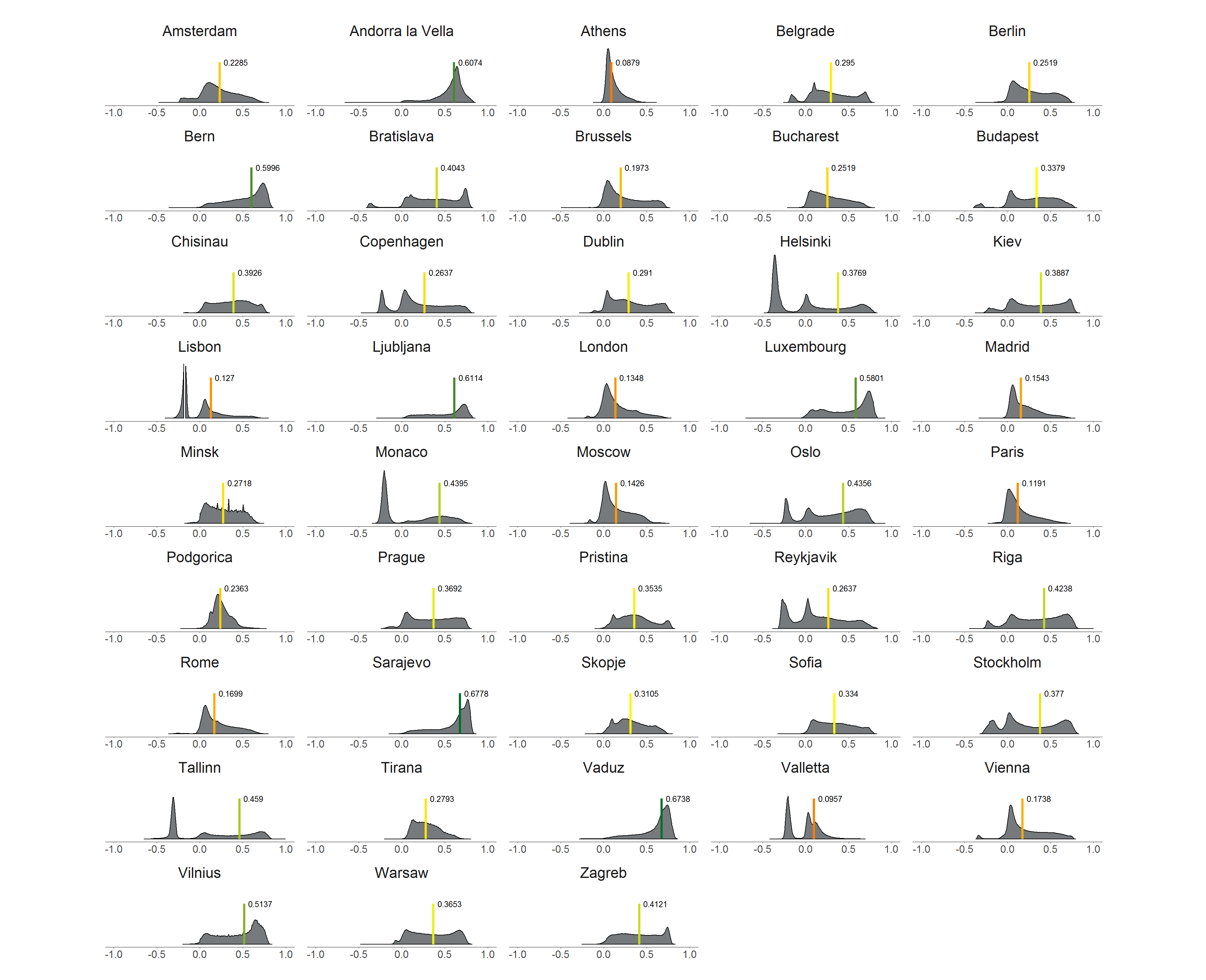 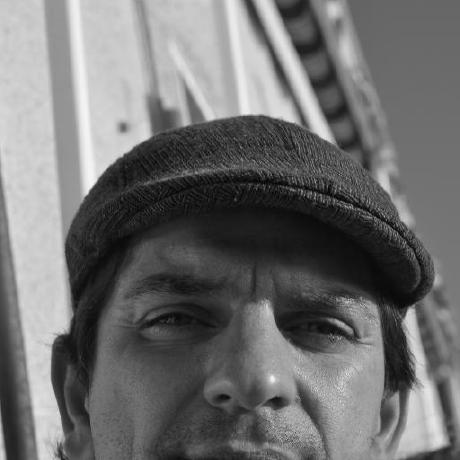